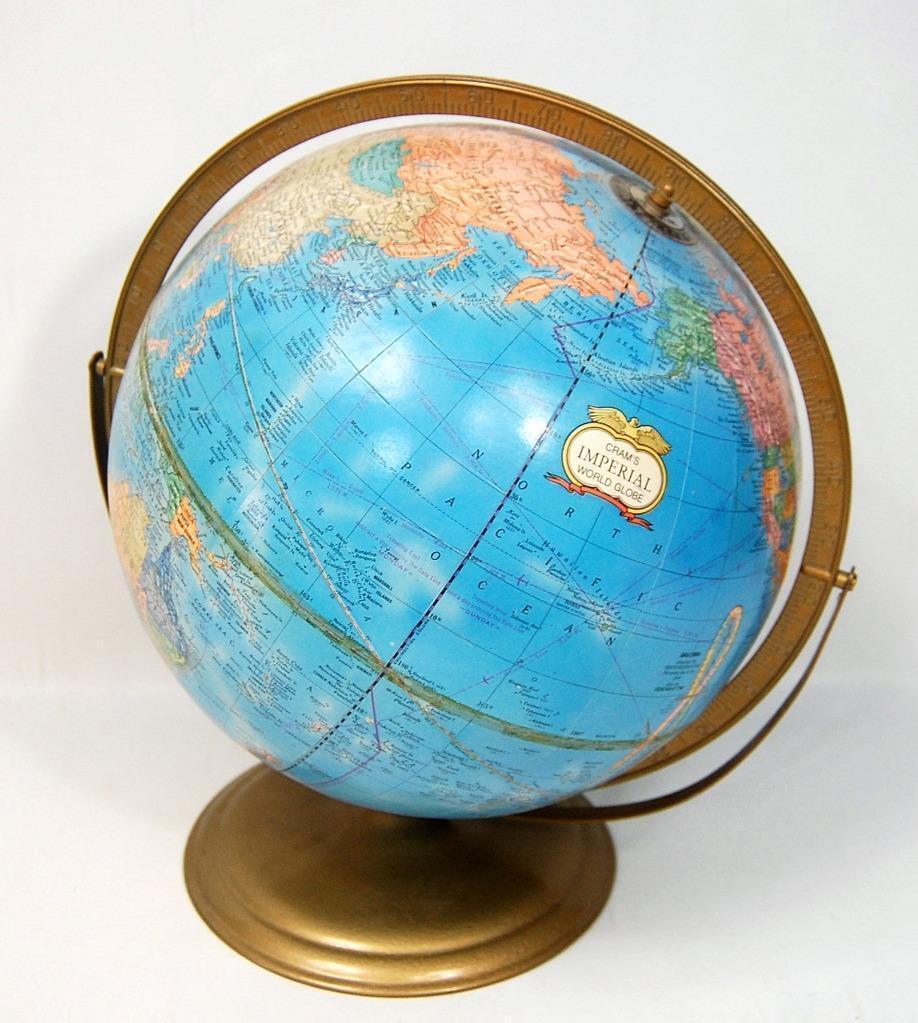 Antique globes of Earth delineate the political boundaries of nations and the understanding of cartography at a given point in world history. Celestial globes display the geographical features of the moon and planets, as well as the arrangement of constellations in the sky. This product category includes antique terrestrial and celestial globes, maps, and other classic cartographic collectibles, along with related accessories such as stands and frames.

How old are these antique globes?

World and celestial globes first appeared in ancient Greece and Rome. Modern collectors can find many examples dating from the 19th and 20th centuries.

What is a map scale?

The nominal scale is the ratio of the size of the representations of geographical features on the map to the actual size of the features in reality.

What do constellation globes display?

Although some stars are many times farther away than others, constellation mappings can accurately portray their apparent positions in the sky, as well as the location of the celestial equator and north and south poles.

What is an orrery?

An orrery is a mechanical device mounted on a stand that shows the angular positions of interplanetary objects as they orbit one another. As the user turns a crank, the orrerys gears and arms cause the celestial objects to revolve around the stand and each other, displaying their relative positions.

Orreries that portray only the positions of Earth, the moon, and the sun are called tellurians or tellurian orreries.

As the distances between the sun and the planets are thousands of times greater than the sizes of the worlds, it is not practical to make orreries show all distances to the same scale. Despite this limitation, orreries are used as teaching aids to demonstrate such astronomical concepts as the phases of the moon.

What are some options for globes and maps?

Features of items in this category may include: