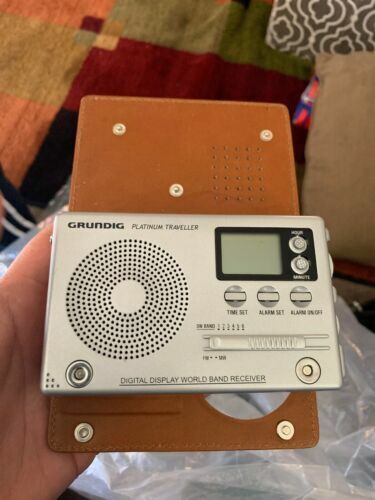 Although people have begun to use internet radio and other forms of listening devices, radios have been a mainstay in our culture. Though some may stick to the smartphone or other device, having a portable radio on hand may come in handy.

What are Benefits to Having a Portable Radio?

Portable radios can be just a fun device for entertainment. While many other more modern inventions can also achieve the same end, a radio may be better for your needs.

What are Features to Look for in a Grundig Radio?

Grundig is a German manufacturer that offers a wide variety of consumer electronics, including their various portable radios. When looking for your own Grundig radio, here are a few features to consider:

Content provided for informational purposes only. eBay is not affiliated with or endorsed by Grundig.