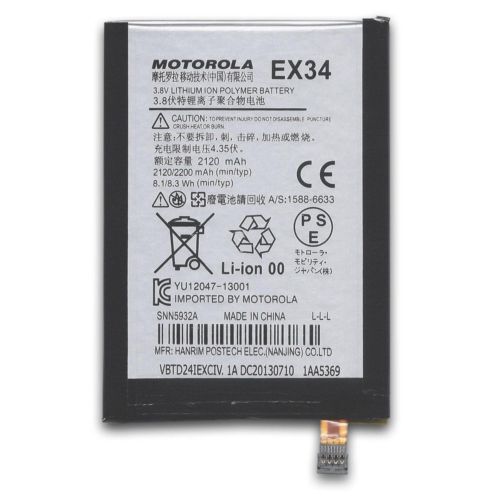 How to Replace the Battery on your Moto X

The Moto X phone first released in 2013, and there are now four generation models from the Motorola brand. Like all smartphones, on a given day, you might find that you need to replace the battery at some point and here on eBay you can find replacement batteries. If you arent confident in replacing the battery yourself, then you should seek help from someone who knows what they are doing.

Why Would I Need to Replace My Battery?

There are a number of reasons why you may need to replace your Moto X battery at some time during its lifespan. Just some of these reasons are:

Which Battery Do I Need?

As there are different generations of Motorola Moto X, you should look for a battery that is specifically for your model, so you have no problems with compatibility and fit.

Is it Easy to Replace the Battery?

Replacing the battery on your Moto X is not as simple as with other model phones, but it can be done. When you find the instructions on how to do so, make sure that you follow them carefully to ensure that you dont damage any part of the device. To be able to carry out the task on the latest models, you will need a steady hand and a few tools: SIM card eject tool, iOpener, iFixit opening tools, spudger, and T3 Torx screwdriver.

When you want to get rid of the old battery, you should check the proper disposal method for how to do so. Lithium batteries should not go in the regular trash. Its always a good idea to charge a new battery to full before using it.

Content provided for informational purposes only.  eBay is not affiliated with or endorsed by Motorola.