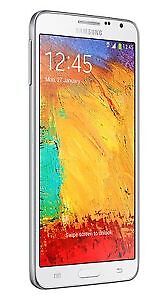 Finding the right phone is an important step toward making the most of your Verizon wireless plan. Samsung and Verizon frequently partner together in releasing new and exclusive models specially designed for this network. As a result, Verizon users often have more choices when it comes to Samsung cell phones.

What Verizon cell phones can you choose?

Finding the right cell phone will rely on many factors, including your sense of style and your personal needs. Verizon wireless plans include a broad range of Samsung phones suited for almost any purpose.

Most Verizon Wireless plans allow you to bring your own phone to their wireless network. Verizon has a CDMA-based, high-speed LTE wireless network. This means that you can bring any CDMA or LTE unlocked phone and use it with your high-speed plan. In addition, Verizon has a number of Samsung models made specifically for their network. Verizon Wireless options include models such as the Convoy flip phone and early access to certain Samsung Galaxy models.

Jump out of bed thisCyber Monday and finish out your Christmas list by shopping for Samsung Verizon phones, gift wrap, and more with a side of unbeatable deals and discounts.