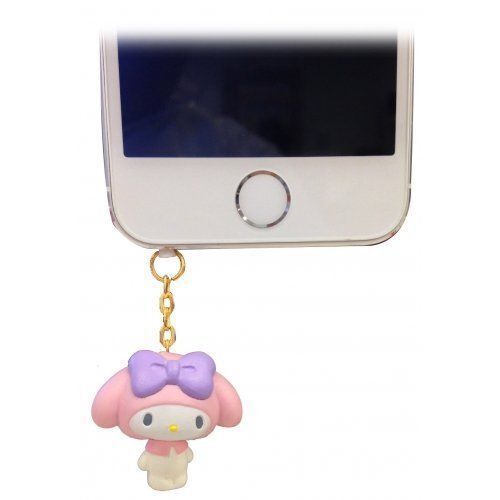 Sanrio is a Japanese company that specializes in creating small and cute characters and accessories. They have made a huge variety of characters for several decades, and there is something out there that will appeal to many. Key chains and cell phone charms that are styled after different characters are among the large number of collectibles the company makes.

Who are some of the Sanrio phone charm characters?

The company owns or licenses many characters, so there is a wide variety of cell phone charms that you can choose from. A few of the characters that have been made into keychains include:

What kind of strap do these cell phone charms use?

The straps attached to the charms vary depending on the style. Some cell phone charms feature fabric straps designed to loop around themselves to be secured to a phone, while others use small beaded chains with metal clasps. Keychain charms use the standard key ring attachment or a metal latch. Others can even be plugged into a cell phones headphone jack.

How large are these cell phone charms?

The size of a particular phone charm can vary. They are mostly around 1 inch tall and range from 5 to 30 inches wide depending on the character or other specifics of the charm.

What kind of charms are available as cell phone accessories?

There are several different styles of cell phone charms available from the company. Metal or plastic charms featuring full characters, cloth lucky charms, and logos are fairly common. Squishy charms are also available, which can be used like tiny stress balls. Some phone charms are designed with rotating letter blocks that can spell out a word or a persons name and is attached to a different character at the bottom. There are also some cell phone charms designed as part of special promotions, such as Hello Kitty accessories that feature elements from Major League Baseball teams or different anime.

Content provided for informational purposes only. eBay is not affiliated with or endorsed by Sanrio Co., Ltd.