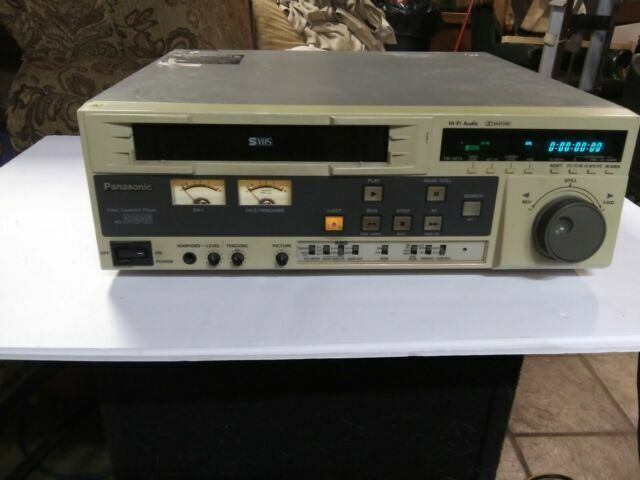 While many have heard of or even used a VCR in their lifetimes, far fewer are familiar with the Super VHS player. Seen as the next evolution of the standard VCR and somewhat of a precursor to the DVDs arrival on the scene, these devices play more advanced VHS tapes with clarity and sharpness unobtainable on the older format. You can find both reasonably priced S-VHS tapes and the devices that play them on eBay.

How does a Super VHS player connect to a TV?

The main method of playback for a Super VHS player is through the S-Video cable. This type of cable uses a four-pin connection that separates the color and black and white video signals up until the moment theyre projected to the screen, making for a clearer and truer picture compared to its predecessor. While they can be connected with the more traditional RCA cable, this does not have the benefit of the aforementioned method.

Are there any movies released in Super VHS format?

Given the Super VHS late release into the world, very few movies were ever released in that format. This means the majority of use for S-VHS tapes and players was in playing movies people recorded themselves. However, there are a few titles to choose from, all of them considered rare collectors items given how few were produced. Some of these are: