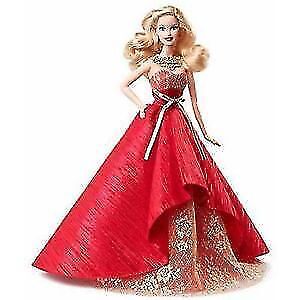 Mattel put the first Barbie Doll in stores in 1959, and dolls made between 1959 and 1973 are often referred to as vintage Barbie dolls by collectors. The era is divided into the Vintage Barbie period of 1959 to 1966 and Mod Era between 1967 to 1972. Clothing, accessories, cases, and friends and family like Midge and Ken, round out the vintage Barbie dolls and products available from the 1959 to 1973 Barbie era.

What types of vintage Barbie doll are there?

With seven different versions, Mattel made Vintage Barbie Ponytail Dolls between 1959 and 1964. Other versions made before 1966 include Fashion Queen, Swirl Ponytail, American Girl (1965-66), Bubblecut, and Color Magic. Miss Barbie was the first doll in the series with bendable legs. Hair colors from this period include brunette, blonde, and red.

Which Barbie friends and family are available from 1959-1973?

Midge is Barbies best friend, introduced in 1962. Midges body type is the same as the Barbie of the same time period. Ken dolls, named after the creators son, were introduced in 1961. New Good Lookin, Live Action, Busy and Busy Talking, Walk Lively, Sunset Malibu, and Mod Hair Ken are available from 1969 to 1973.

Mattel made Mod Barbie dolls between 1969 and 1973, including Twist n Turn Barbie with bendable legs, a twisting waist, and straight long hair. A swinging 1960s wardrobe added to the mod theme, which also included a Twist n Turn face makeover with eyelashes and mod features. Talking and Living Barbie are variations from the late 1960s and early 1970s.

Which types of Barbie doll accessories are available?

In addition to 1960s and early 1970s clothing and fashions, many variations of accessory may be found for vintage Mattel dolls that include shoes, jewelry, glasses, and gloves. Open- and closed-toe shoes from 1959 to 1966 come in white, black, brown, red, green, yellow, orange, navy blue, and occasionally, bright colors like fuchsia. Clear, open-toed shoes have gold and silver glitter. Sunglasses in several colors of frame and lens along with pearl necklaces and long and short formal gloves round out the clothing accessories from the vintage period.

Which vintage cases or trunks can be found?

The first official cases for Barbie were made in 1961. Early cases are marked "Ponytail," and by 1962, cases that would fit a Ken doll and several Barbies emerged. By 1964, cases for the Barbie doll, her younger sister Skipper, and friend Skooter were available, including a Barbie doll with a medium red Titian bubble-cut hairstyle. Skipper and Skooter are smaller dolls and so have smaller cases. Francie, Stacey, and Casey all come in specialized cases.