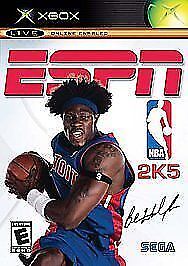 The Xbox video game console was the first system developed by Microsoft. Released in 2001, the Xbox console can be used to play Xbox games like Minecraft, Grand Theft Auto, FIFA, and Call of Duty.

Which games are available to play on the Xbox?

The Xbox library features a selection of genres, from tactical RPGs to platformers. You can also find games in genres like sports, action, dancing, fighting, racing, first-person shooters, and Western RPG games. Some of the games you can find for the Xbox system include "Tom Clancys Splinter Cell," "The Elder Scrolls III: Morrowind," "The Suffering," "Dance Central: Spotlight," and the Madden NFL series. The Xbox also feature numerous exclusive games, including "Fable," "Ninja Gaiden," "Forza Motorsport," "Halo," and "Halo 2." Capcom also released "Dino Crisis 3" exclusively for the Xbox game system.

Can you play original Xbox games on other Xbox systems?

Both the Xbox 360 and the Xbox One are backwards compatible with original Xbox games. Backwards compatibility is achieved through software emulation. Each game has to be separately tested and cleared by Microsoft. The Xbox 360 is compatible with approximately 460 original Xbox games. The number of games varies depending on the region in which the game was bought. Some games have built-in widescreen support and are therefore designed to fit high-definition displays. The only item that is required is a hard drive to store the software emulator. Xbox emulation is also available for the Xbox One console. Starting with a curated list of common Xbox games, Microsoft makes Xbox emulation available for all versions of the system, including the original model and the S and X models. The software emulation requires you to use either a 360 or Xbox One controller.

Yes, both local and split-screen multiplayer modes are available across all supported platforms for multiplayer games. Online multiplayer games can be played using specialized third-party software on both the original Xbox platform and the Xbox 360. Some of the multiplayer Xbox games you can find include:

Is an external device needed to save game data?

Content provided for informational purposes only. eBay is not affiliated with or endorsed by Microsoft.