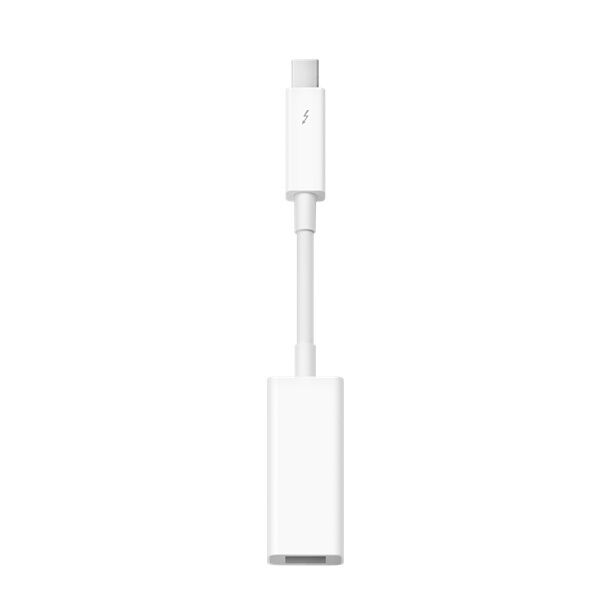 Thunderbolt is a technology for Apple that through an adapter MacBook combines audio, video, data and power in one super connection. It enables high-speed linking of hard drives, video-capture solutions, RAID arrays, network interfaces and FireWire peripherals and through the DisplayPort protocol, can transmit HD video. In addition, each Thunderbolt port which in newer MacBook models has replaced the FireWire Adapter port provides adapter-linked FireWire devices with up to 10 watts of power.

Is Thunderbolt a different product than Light Peak?

Intel, the manufacturer behind Thunderbolt, began to use Light Peak as a code name for the technology while it was still under development. Thus, the 2 names basically describe the same thing. One point to note is that albeit these Ethernet adapters have been designed for both optical and electrical connections, only electrical circuitry can be used in the current implementation in Apple.

What is a FireWire 800 Thunderbolt cable?

Most Mac computers do not come with a FireWire port to plug in your FireWire adapter. This means that without a special adapter, connecting Mac PCs with most non-contemporary FireWire gadgets would be impossible. A FireWire 800 to Thunderbolt cable makes the conventional way of connecting gadgets such as external USB hard drives to your MacBook possible. The same holds true for FireWire devices that are plugged into the Mac using a FireWire 400 cable; you need a FireWire 400 adapter to enable the connection.

What does a FireWire 800 to Lightning cable do?

The small rectangular port with oval vertices at the bottom of your Apple gadget is what is known as the lightning port. This is the place where you charge your iPhone, iPad, or iPod. It also carries data to and from your computer. A FireWire 800 to Lightning cable is the adapter you use to link your iOS gadget with devices that are only designed to plug into this port.

Is Apple Thunderbolt backward compatible with FireWire and USB?

Adapters that allow you to connect FireWire gizmos and USB cables to Thunderbolt ports are available. Despite what some people may think, however, the said ports will not make the USB and FireWire peripherals any faster. Their built-in components are what will dictate how fast they transfer data. For instance, an FW 800 device will not be able to transfer data through the adapter faster than its upper limit of 800 Mbps.